The main market in the capital of Vanuatu is one of the most interesting markets in the Pacific Islands.  So much wonderful and interesting produce being sold.  Out front of the building is the area for selling cut flowers and pot plants.  Here are a few photos to give you a sense of the place. 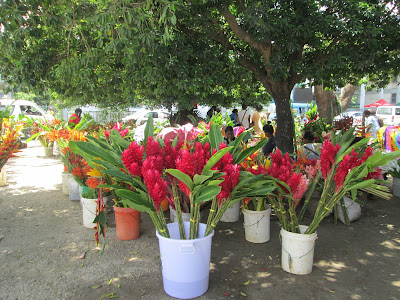 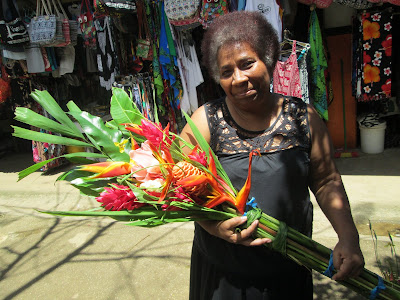 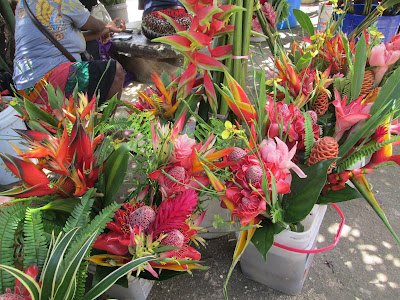 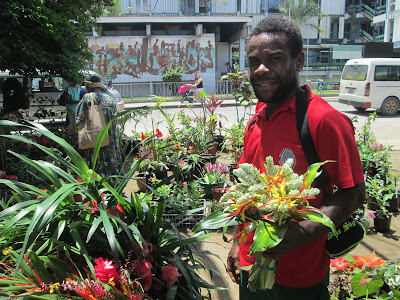 Aloha
Posted by Stellamarina at 11:36 PM No comments:

At Waimea Valley Botanical Park here on Oahu there are several Cutnut trees about half way up the walk to the waterfall.  They are beautiful trees with big glossy green leaves and I have long been an admirer of them, especially when they come out in flower.  Each head of leaves on the branches gets a big long fluffy bottle brush like yellow flower that are one to two feet long.  I had done some research on the tree and knew that it was important in places like Papua New Guinea where the nuts are eaten.

Last month I visited the Pacifc Island nation of Vanuatu for two weeks and I got really excited when I spotted Cutnut trees during the days drive around the island of Efate.  Then I went for a weeks stay out on the little island of Nguna which is just off the north coast of Efate.  I really hit pay load there!  There were Cutnuts all over the place.  The rustic guest house that I stayed at in the village of Unakapu had several trees in their yard alone.  Finally I actually got to try a Cutnut to eat.  It was very nice. 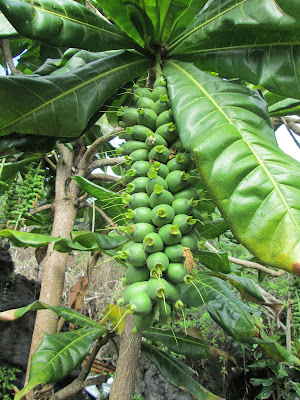 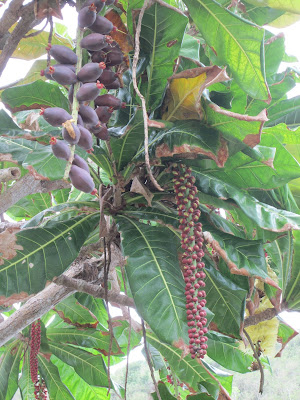 So I have to warn you now.  I have become a Cutnut enthusiast. I think everybody should be growing a Cutnut tree in their tropical food garden.  You need a protein food in there among the fruit trees.  I am embarrassed to say that I was actually given a baby Cutnut tree some years ago and it died through my neglect.  I hope to try and rectify that and try again. 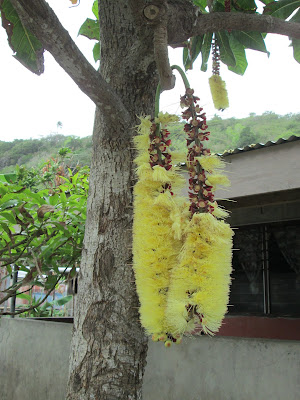 My lovely host at the Paunivina Guesthouse was patient with all my questions about Cutnut and I am passing the gleaned information on to you.  Agroforestry.net is also a good source of information on useful Pacific trees.  The Cutnut trees are usually grown from seed but will also grow from cuttings. Just plant the whole nut fruit on end in the ground.  The trees will also self seed so you can plant out those babies or kill them off if there are too many in the garden.  Apparently the down side of having Cutnuts in the garden is lots of large dead leaves falling on the ground that that have to be dealt with.  The tree is a medium size tree that grows well in a wide range of soil.  It was growing happily in lowland villages right next to the ocean. It is a tree that provides lovely light shade because of its open canopy so that other shade loving plants can grow under it.  It is also forgiving of hard pruning to keep its height in check. 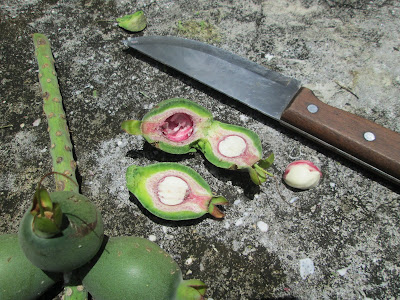 The fruit take three months to be full size and 3 or 4 weeks more to ripen to maturity.  If you pick too early the nut is too soft.  You can tell the time is right to pick when there is a slight difference in smell and color of the fruit.  I should add at this point that there were two varieties of Cutnut on Nguna.  Some had maroon colored fruit when ripe and others remained green when ripe.  The nut is eaten as a raw snack food in Vanuatu but in other places it is cooked.  Use a sharp strong knife to cut the nut lengthwise from the top.  Scoop out the nut halves and remove the outer pink membrane before eating the raw nut.  Nice and crunchy.