The last few months I have been traveling around the west half of Turkey.  I did it all by bus and I have to say that the bus system in Turkey is just fabulous.  So many buses going everywhere and frequently.  It was fall in Turkey so autumn leaves were just starting to drop when I arrived there and the first snow fell in the north just before I left.  On the Aegean coast it was still sunny enough to enjoy the blue Mediterranean views with olive trees covering the rocky hills.  Inland the shepherds were leading their flocks of sheep to eat the remaining crop stubble before the farmers plowed  up the fields. Fruit trees were being harvested, grape vines were being trimmed and firewood being stacked for winter fires.

Miles and miles of plastic tunnels covered a few coastal towns where they grew  the vine ripened tomatoes that showed up at every meal.  In towns, large olive oil cans were recycled to be plant containers by the door for chili peppers or herbs.  In the country, many houses had walled gardens with fruit trees, vegetable gardens and a chicken coup.  I wandered around peeping over garden walls as usual.  I loved having fresh squeezed pomegranate juice, having the super cheap mandarins in my bag to snack on and eating the sweetest fresh figs ever.

Here are a few garden related photos from the trip. 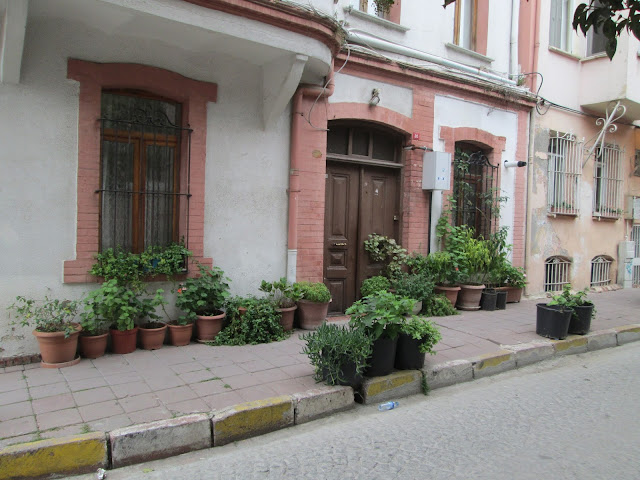 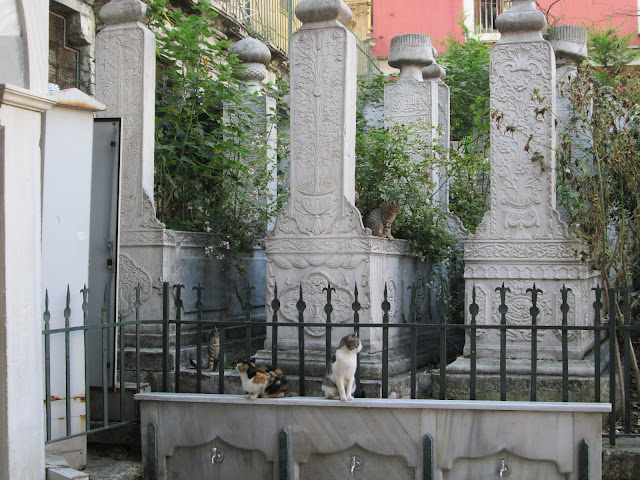 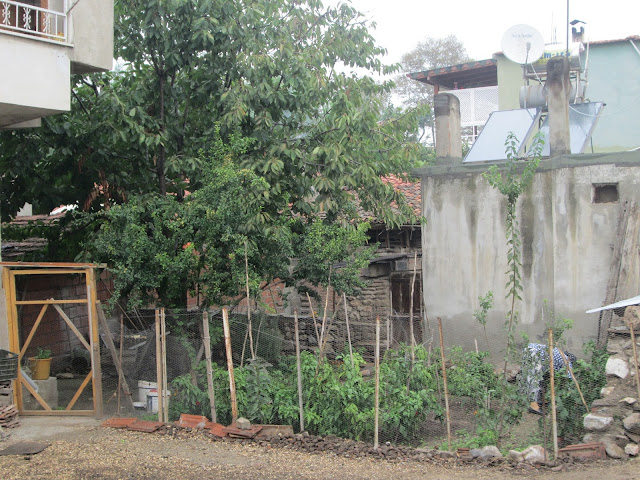 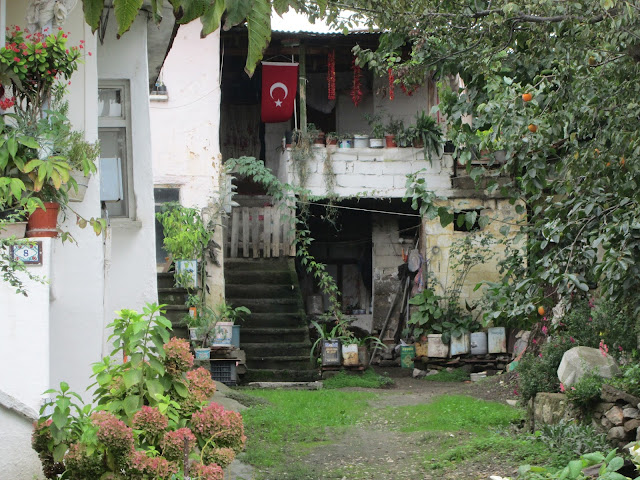 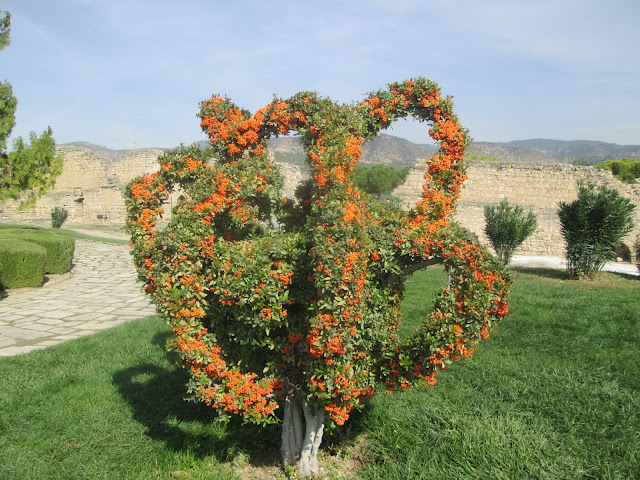 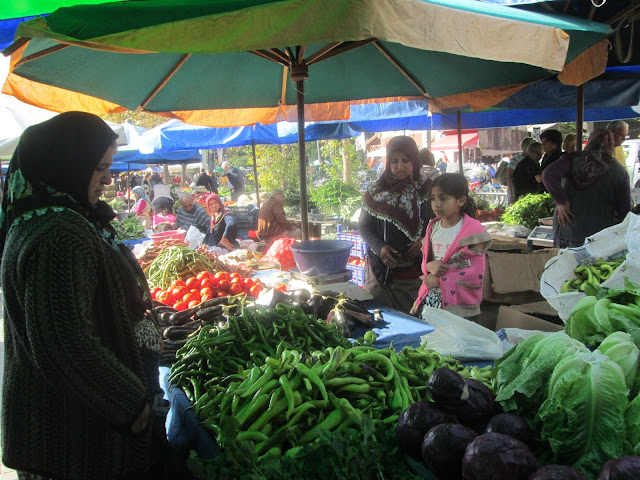 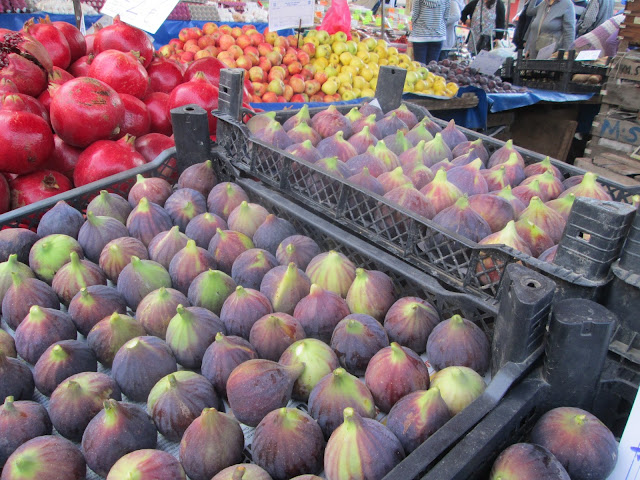 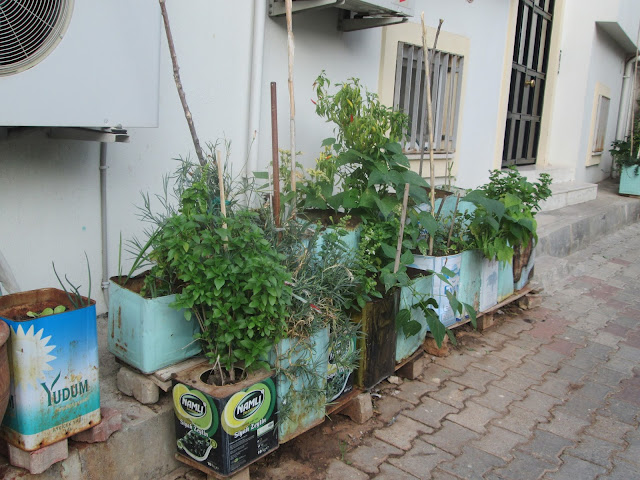 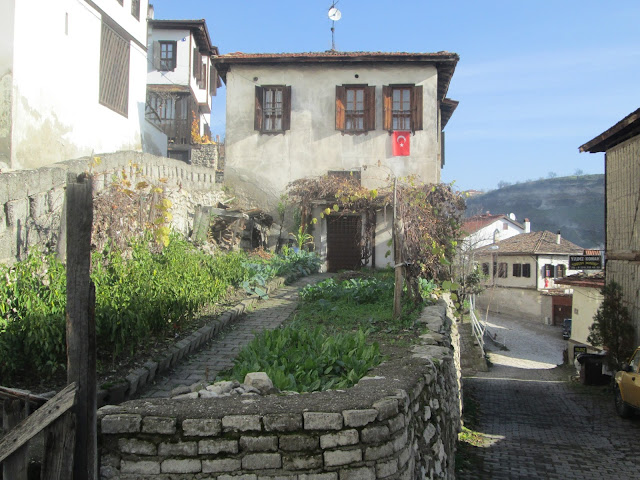 Posted by Stellamarina at 11:05 PM No comments:

Email ThisBlogThis!Share to TwitterShare to FacebookShare to Pinterest
Labels: gardens in Turkey

Here are some photos taken around the Topkapi Palace courtyards and in the Gulhane Park which is now a public garden but was once part of the palace.  Topkapi is not a palace in the huge building of Western sense but more a series of beautifully tiled pavilions in courtyards that hark back to the nomadic beginnings of the Turks. 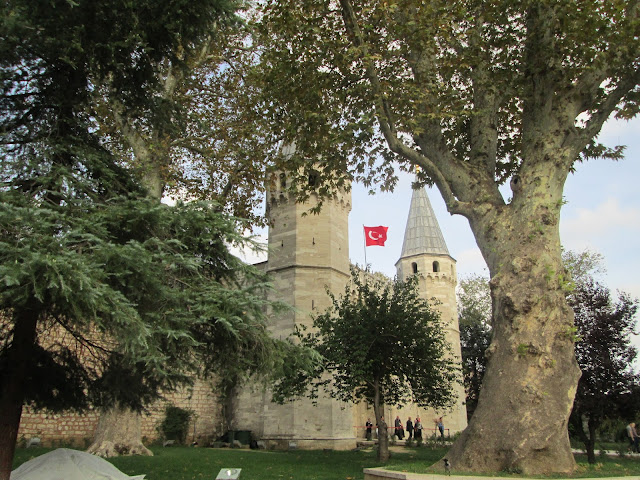 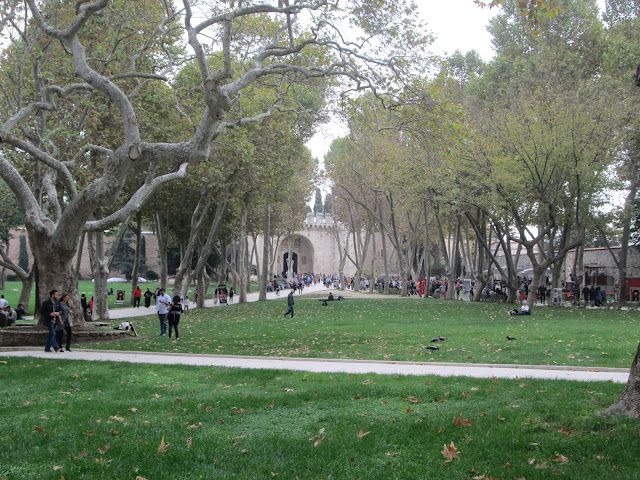 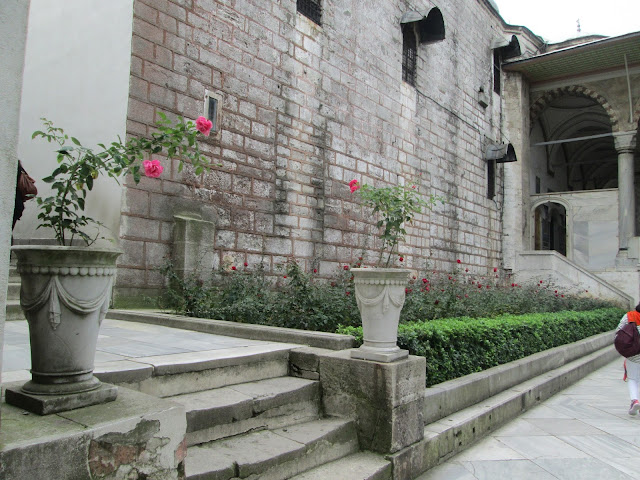 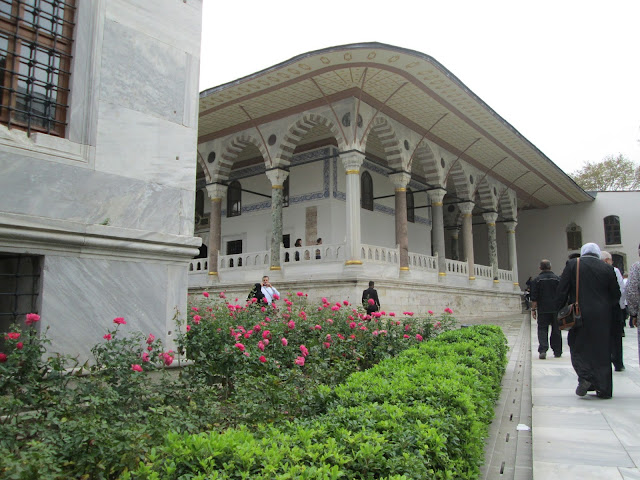 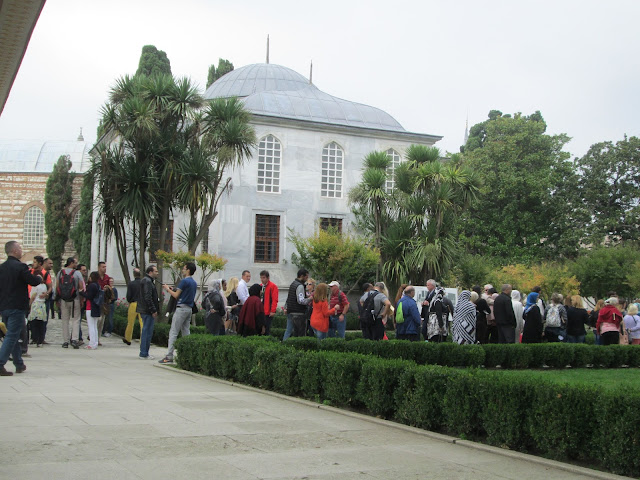 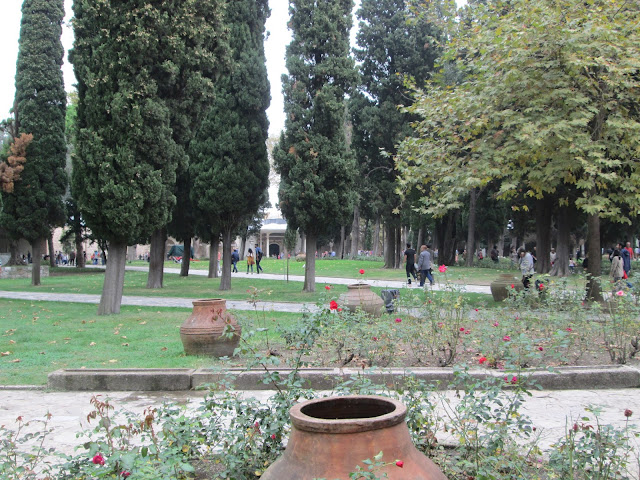 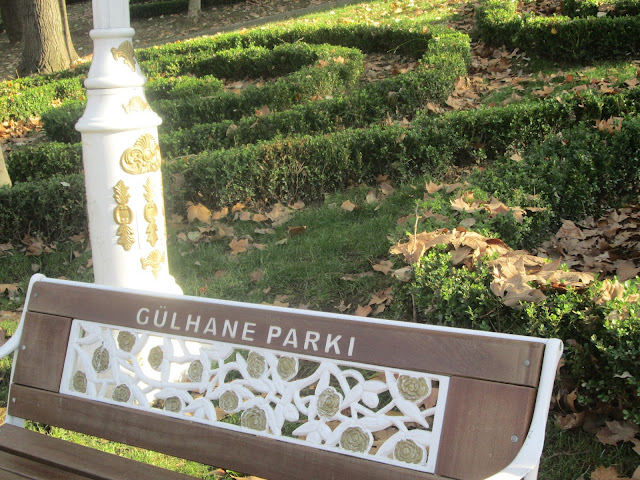 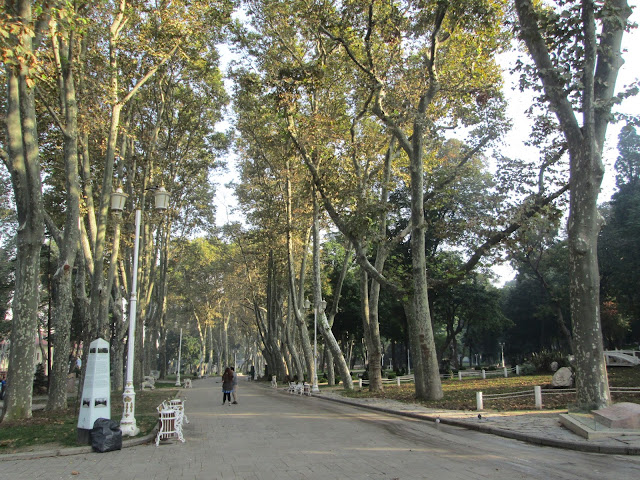 Aloha
Posted by Stellamarina at 5:30 PM No comments: