It is a funny thing, that even though I was born and raised in New Zealand, I never heard of New Zealand Spinach there.  It was not until I was living in the USA that I first heard about it and only saw it for the first time about twenty years ago when a local gardener here in Hawaii pointed it out in her garden.  I have gradually become more and more interested in this  plant and it is to be noted that I do see a few gardeners in New Zealand growing this plant now.

New Zealand Spinach  really became part of my life after I discovered that the plant has gone wild on the sand dunes in Hawaii, including along a few beaches near my house.    I can harvest big bunches of leafy tips and have nutritious greens for a stir-fry for free.  I must admit that it gives me great joy to gather free food from natures garden!  It is easy to recognize the plant in the wild because of its distinctive leaves and trailing habit.  It also has an easily recognizable tiny yellow flower and seed case.

Although there are a few New Zealand Spinach plants to be found near the beach all year long, the new seedlings really start popping up after the heavy rain of spring and fall.  I watch out for them on my beach walks and know where to go back to harvest in the next few months.  I usually cook the greens in a stir-fry with a bit of meat and seasoning.  The plants can be seen growing in full sun, but they do seem to do better with a bit of shade.  Often they will be growing amongst the fallen Ironwood (Casuarina equisetifolia ) tree needles while many other plants do not like the Ironwood leaf mulch. 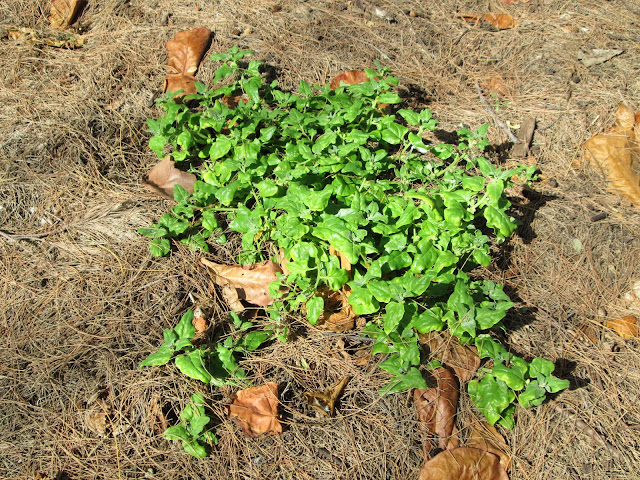 When the New Zealand Spinach seedlings are just a few weeks old, I gently pull up several small plants to take home.  After they have a few hours in a glass of water to perk them up, I pot them up in little 4" pots.  In a week they are rooted and strong enough to pass along to other gardeners to plant in their vegetable plots.  That is for gardeners who do not like the idea of free food from the beach! 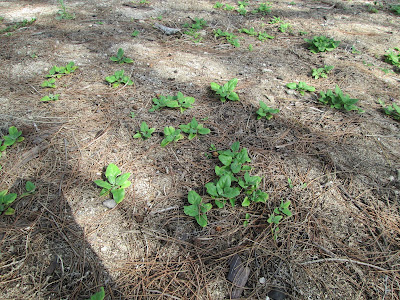 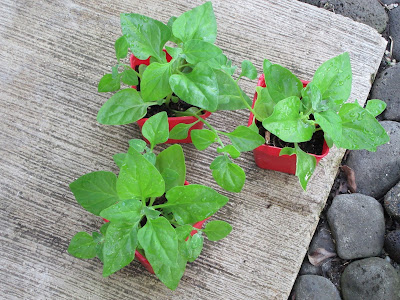 New Zealand Spinach is another of my tough plants.  It does not mind our sandy soils, salt winds and hot summers.  This plant is native to New Zealand and Australia as well as a few other South Pacific rim countries.  The Maori people of New Zealand called it Kokihi and it is usually referred to as Warrigal Greens in Australia.  Neither the Maori of New Zealand or the Aborigines of Australia were into eating it much but the discoverer Captain Cook loved it as a green vegetable to give his ships crew to prevent scurvy.  It was Captain Cook who introduced the vegetable to the rest of the world.  The leaves are an excellent source of Vitamin A but it is another one of those green leaf plants high in oxalate so it is recommended to blanch the leaves in boiling water for a few minutes if you are worried about getting kidney stones.  Even if you are not into eating it, New Zealand Spinach, with its low trailing growth, makes a good hardy ground cover for sandy gardens.

Aloha
Posted by Stellamarina at 12:04 AM 5 comments: