I have a small garden full of Callisia out in the back yard beside an old coconut stump.  At least twelve years ago I brought a clean cutting back from Samoa and planted it in a shady area where it grew and multiplied like crazy.  After that I decided that it needed to be in the sun, wind and sand of the back yard where it would not grow so robustly.  Still, even there, I have to trim it back every few years but it is worth having the Callisia around to use as greenery in flower arrangements plus it really is a nice lush ground cover. 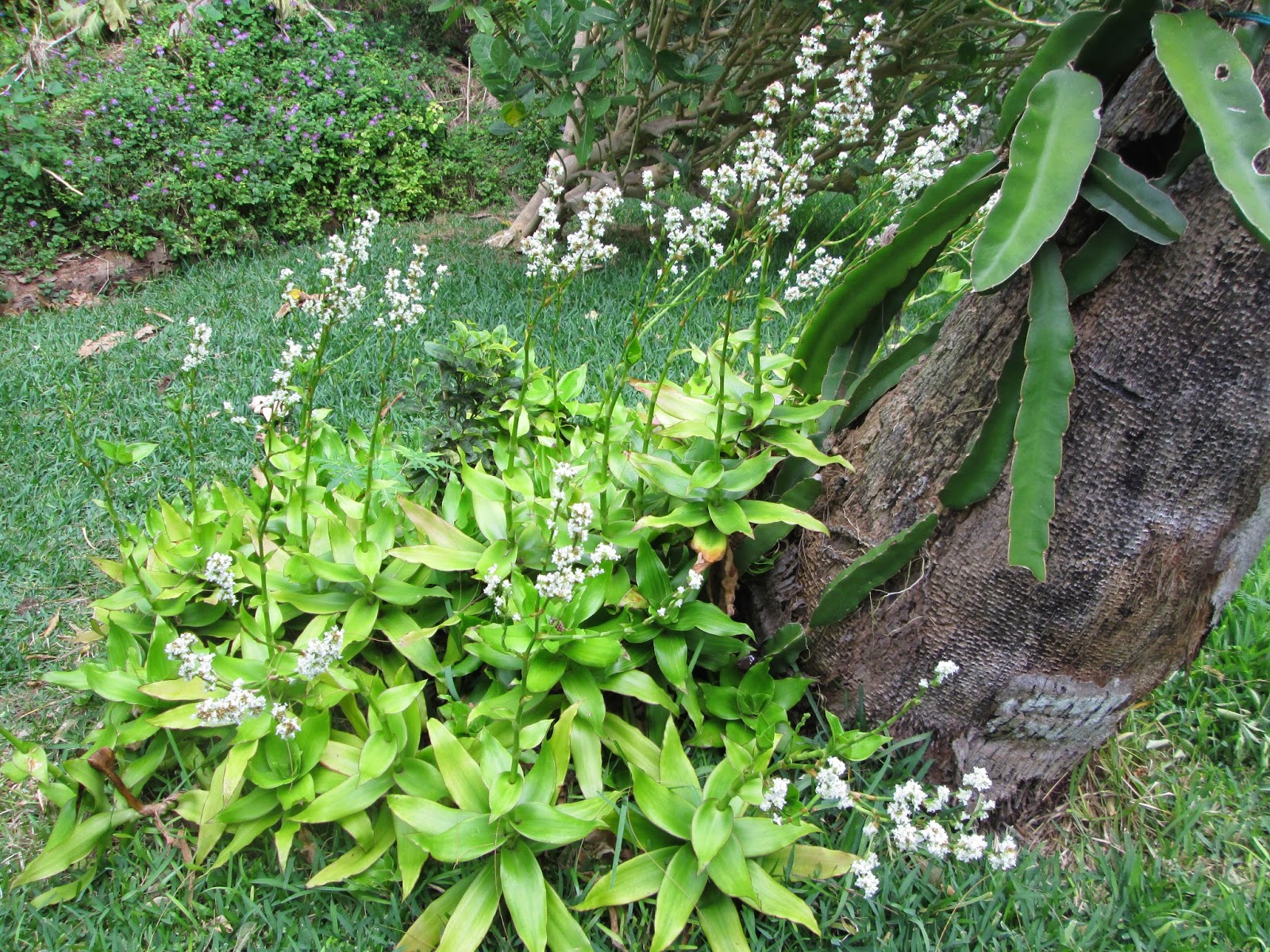 I first saw this plant in Apia, Samoa where it was growing in a public area of town.  When I researched it on the internet, it seems quite popular in Florida and the rest of the South East area of the US.  However, the only place I really have noticed it growing in Hawaii since is at the Waimea Valley Park here on Oahu.  There it is used as a great ground cover in rocky semi-shade areas.  The plant is thought to be native to Mexico.  It is a little puzzling to find that Callisia fragrans has become a popular medicinal plant in Russia of all places.  There are various medical claims out there on the internet that you can look up if you are interested.  The most common seems to be chewing the leaves to cure a headache. 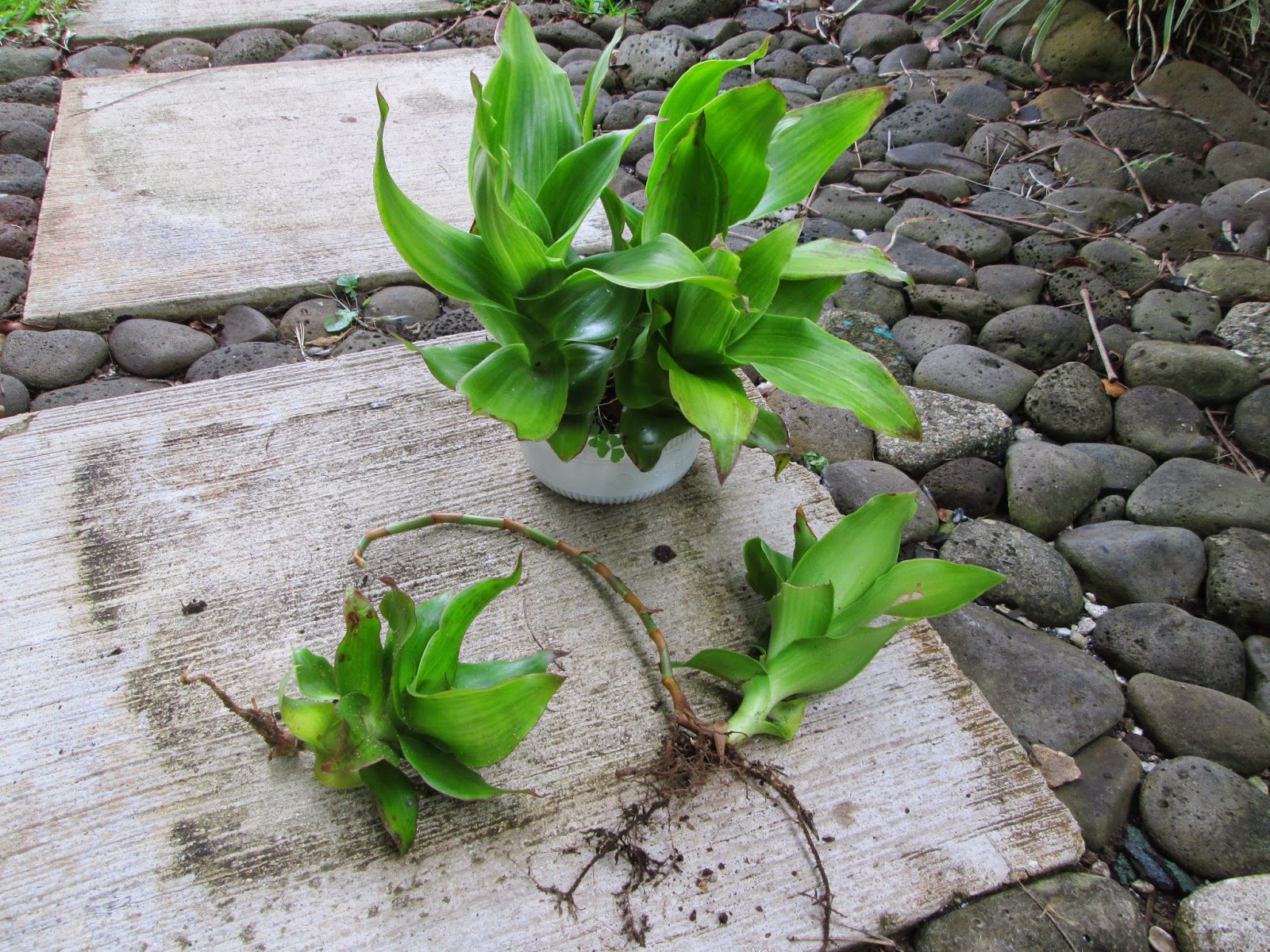 Callisia is sometimes called Basket Plant as it was once very popular as a hanging plant.  It is quick to put out runners with a new baby plant growing at the tip.  This makes for easy propagation as you just snap off those baby plants and pot them up. They will root quickly and can be used as houseplants.   Callisia likes partial shade to full sun for good growth.  If the plant spreads too much and looks a little untidy, it is easy to pull off the extra unwanted plants and pull out the older big plants to let the young smaller ones to grow.  At the end of winter or early spring, tall, slender green spikes will appear from the center of the plant and will grow quickly up to three feet or so with tight clusters of small flower buds growing out at the top.  Callisia is a little strange in its flowering routine as one day all the plants will just be in full flush of beautiful small white flowers that just last one day and then it may be another week before there is another flush of flowers again and so on.   It does seem to me that the flowers burst forth the day after a heavy rain but that may just be coincidence.  I have not seen any seeding from the flowers.