I have an interesting plant that will pop up in odd corners of my garden.  Although it is considered a Hawaiian native, it is also native to much of the tropical world.  This plant is an unusual primitive plant called a Whisk Fern, or Moa if you call it by the local Hawaiian name.  The plant establishes itself from minute spores that float around in the air.  It will grow in most soils, sun or shade, even in rocky areas and up in the forks of the trees, so that it can be seen as a weed in both rural and urban areas. 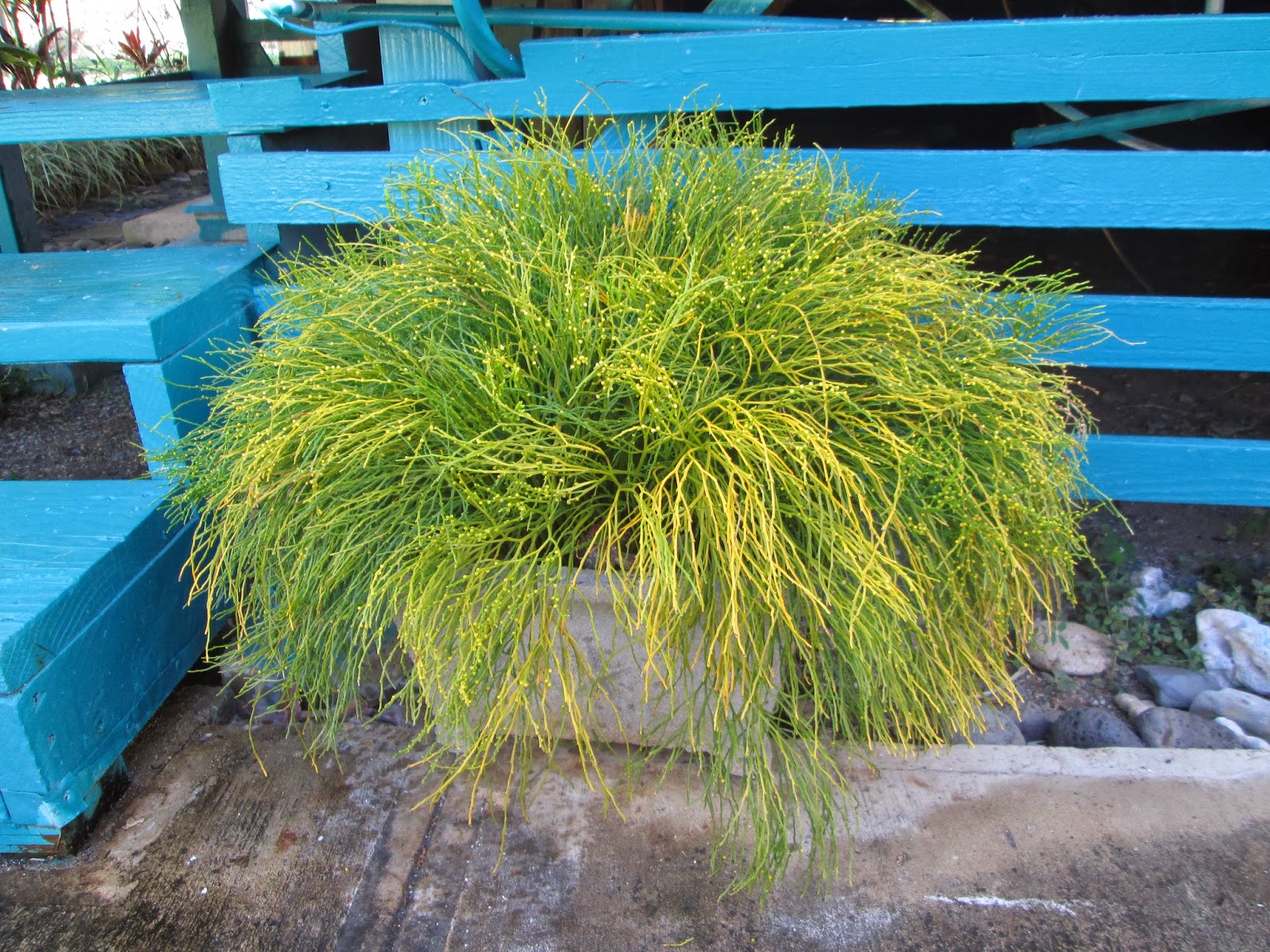 Years ago I was inspired from seeing a large Moa plant in an attractive container at a flower show in Honolulu.  It has a strikingly different beauty.  From then on I never considered it just a weed in the garden.  I pulled up a few of the wild growers and potted them up in a nice cement container.  This I have placed by the kitchen steps where it gets the hot afternoon sum and where I enjoy seeing it every day.  It has proved to be a tough survivor plant.  It does get watered by me and I give it a bit of fertiliser occasionally.   About once a year I pull out any dead brown stems and also cut any stray ones off that are growing up from under the pot from the drainage holes.


As you can see from the pictures, it is not a big leafy plant but is formed by skinny stems or "whisks".  It does not have flowers but forms tiny yellow balls or sporangia on the stems.  In the old days, the Hawaiians used to gather these sporangia and pound them into a white powder that they used like talc powder under their malo (loin cloths).  I imagine a new tapa cloth malo would be a bit scratchy.  Today Moa is still used in flower arranging.  It is lovely mixed in with a small posy of flowers and gives added interest to a haku lei.

PS  August, 2018
So....four years latter after writing the above post, it has become obvious to me that really, I have two types of Moa in my garden and that the green long one in the first arrangement is never going to look like the short one with the yellow bobbles in the second arrangement.   The yellow bobble one comes from the plant shown at the top of the post.
Posted by Stellamarina at 2:56 PM 2 comments: